Home » Blog » Behind The Scenes, 3 August 2017: Working together to create a splash

Behind The Scenes, 3 August 2017: Working together to create a splash

By now hopefully those of you who follow us will know that we have launched a new name and brand for what was previously known as the Plymouth History Centre (working title). As a marketeer I can’t tell you how great it is to now be working with a definitive title and visual identity for this exciting project and to finally be able to ditch those brackets!

Our launch took the form of a teaser campaign and ‘top secret’ volunteer call out in the local press and social media, followed by a reveal on our promotional leaflets, construction site hoardings and website on 22 July. This was backed up with some great press coverage and two fantastic performances in the Drake Circus shopping mall. The performances were commissioned from the Barbican Theatre and featured a number of local performers, choreographers, artists and musicians.

Our new name has generated a great deal of debate which we really welcome. There are a number of reasons why we chose it. These are outlined in our official press release which I’d encourage anyone who would like to understand more about the development process we’ve been through and the rationale behind the brand to read.

I’ve been involved in a number of branding projects and launch events during my career and they all bring their own set of unique challenges with them – especially when there’s a great deal of interest and expectation in the project or organisation they represent. There are three things that really stand out for me about this particular launh.

The first thing is the great teamwork that took place. Getting ready for the launch required a number of people with a wide range of skills to collaborate. Along with myself it involved contributions from colleagues in public art, events and audience development, digital engagement, volunteer coordination and business support. We also had to engage with a range of suppliers from graphic design, web development, film and video production, to photography, public relations, merchandising, printing – even air filling for balloons!

The second thing was the amount of help we received. We had a lovely group of enthusiastic volunteers assisting us throughout the day. We were also lucky enough to benefit from a great deal of support and cooperation from the local media as well as the team who manage Drake Circus and the mall’s retailers, especially Marks and Spencer and Yo Sushi. We are very grateful to everyone.

The third thing was the quality of the performances devised and directed by the Barbican Theatre which were pieces of global contemporary dance combined with street theatre, rap and folk music.

Curious ‘choruses’ of walking boxes wove their way around the shopping mall before aerial dancers and performers gathered to open and unwrap a series of objects. Our new strapline, ‘Where the greatest explorer is you’ was referenced, with Polynesian-influenced moves inspired by our world cultures collections, and the discovery of a character representing the female mountaineer Gertrude Benham in a packing case. Huge thanks and congratulations to the directors, choreographers, designers, artists, performers and musicians involved.

As our CEO Paul Brookes said: “Like our architecture, ‘The Box’ as our title is a brave, contemporary move. As the launch performances from the Barbican Theatre team showed, although at first glance it may appear simple it actually holds a multitude of meanings. The performances also illustrated how Plymouth’s cultural sector can work with the businesses and facilities within the city centre to showcase the artistic journey we are all on together.”

Greg Lumley, Drake Circus Centre Director said: “A massive congratulations to The Box team. It looks like it will be an exciting and welcome addition to the city. The Drake Circus team look forward to working with The Box to ensure we continue to create a compelling visitor offer that positively impacts the local economy.”

I’ll leave you with the links to our official launch video and the images from the performances. Until next time….. 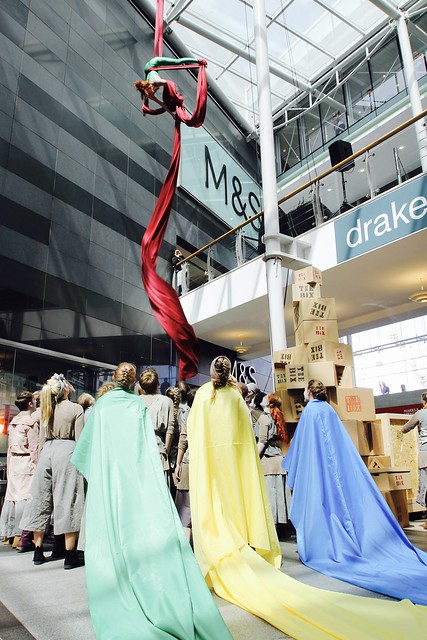 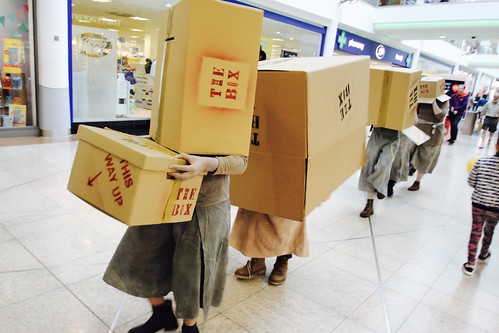 This site uses cookies to improve the experience on our website. By continuing to use the site, we’ll assume you’re happy with this. Give me more info.